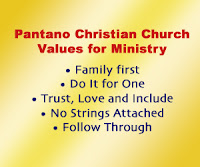 A co-worker whose husband was a gifted jazz pianist graciously invited us to a Christmas party at her home.  "Bring your flute and play if you want," she said.  Of course, I told her, "I'd love to!"  After all, my Darling Husband plays piano beautifully, and we perform our favorite carols every year at church.  We know them so well that we don't even have to rehearse together.  Just get out the music and play - we're set.

On the fateful day, I dressed to the nines and packed up my music, stand, and flute.  We arrived at a home beautifully decorated in pale white and creams, with a gleaming ebony baby grand as the centerpiece of a storybook home.  No dust, no clutter, House Beautiful before our very eyes.

Instantly, all my shame issues stretched their scrawny necks and began to scream for worms.  But I smacked their pin-feathered heads until they hid themselves deep in the nest of my heart, and I began to work the room because, you know, that's what you do at parties.  My DH, being far less social, wandered off toward the hors d'oeuvres because, you know, that's what he does at parties.

Our host sat down at the piano and began to play from memory - jazzy chords and artful improvisation on familiar holiday themes.  Soon my friend came up to me and said, "It's your turn.  Where's your flute?"

I found my instrument, but not my husband.  Inexplicably, my DH had vanished. 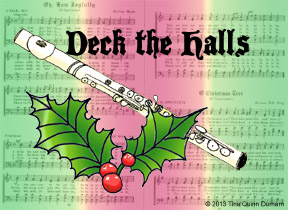 Posted by Tina Quinn Durham at 12:53 PM No comments: 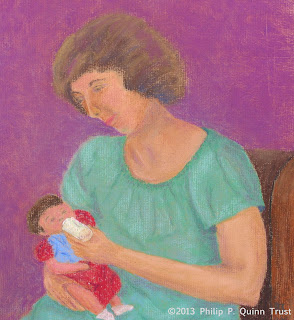 “There is no small act of kindness.
Every compassionate act makes large the world.”
― Mary Anne Radmacher

“We're all human, aren't we? Every human life is worth the same, and worth saving.”
― J.K. Rowling, Harry Potter and the Deathly Hallows

Posted by Tina Quinn Durham at 1:53 PM No comments:

A few days before He died, Jesus told His disciples:


“Then the King [Jesus] will say to those on his right, ‘Enter, you who are blessed by my Father! Take what’s coming to you in this kingdom. It’s been ready for you since the world’s foundation. And here’s why:

"Then those ‘sheep’ are going to say, ‘Master, what are you talking about? When did we ever see you hungry and feed you, thirsty and give you a drink? And when did we ever see you sick or in prison and come to you?’ Then the King will say, ‘I’m telling the solemn truth: Whenever you did one of these things to someone overlooked or ignored, that was me—you did it to me.’ " (Matt. 25:34-40, The Message).

When Jesus finished saying these things, he told his disciples, “You know that Passover comes in two days. That’s when the Son of Man will be betrayed and handed over for crucifixion.” (Matt. 26:1,2, The Message).


When you know that you're about to die, you also know it's your last chance to say the things that really matter.  You don't chat about the weather.  And what Jesus chose to talk about was "Do it for one"- because caring for "someone overlooked or ignored" is caring for Jesus.

Let that sink in for a minute, then go back to Pantano Christian Church's Values and Expectations for Ministry.

So when I cook for my husband (who, as the unfortunate spouse of a somewhat obsessive-compulsive, ADHD writer/artist is often "overlooked or ignored"), I am feeding Jesus.  When I take up the slack because of my husband's back and neck issues, I'm caring for the sick and caring for the Jesus.  Even cleaning the toilet is an expression of love for God.

Ministry doesn't start in the foyer or the sanctuary; ministry begins at home.

Duh.
Posted by Tina Quinn Durham at 8:36 AM No comments:

What sets Jesus apart from all the other men and women who changed the world?

It was His concern for the individual.

I can hear someone saying, "No, it was because He was the Son of God and He rose from the dead!"

Yeah, well, I'm sure that helped His reputation a lot.  But Jesus did more than found a religion with millions of followers.  He also cared about each individual person.  Centuries before Mother Teresa, Jesus understood what it meant to change the world one person at a time:

"To the world you may be one person, but to one person you may be the world."
-Anonymous
Posted by Tina Quinn Durham at 12:38 PM No comments:

What do Jesus Christ, Mikhail Gorbachev and Adolf Hitler have in common?

These three are among the top ten "100 People Who Changed the World," according to biographyonline.net.

Jesus, as Teacher and Messiah, changed history forever, and His life, death and resurrection continue to impact lives - a surprising legacy from a man who appeared to be the son of a poor carpenter, hung out with fishermen, and preached in an isolated corner of a huge empire.

Mikhail Gorbachev was a Soviet leader who introduced Perestroika (reform that brought greater efficiency, accountability and flexibility to the Soviet economy) and Glasnost (political reform leading to a more democratic society with greater intellectual and religious freedoms).  His wife, Raisa Gorbachev, went on to become an influential figure in international relationships as well as a trusted adviser to her husband, who discussed "all important issues" with her first.  Together, their political successes set the stage for the end of the Cold War and for the fall of the Soviet Union he loved and served.

Adolf Hitler, of course, is one of the most infamous dictators in history, whose ambitions led to the tragedy of World War II and the death of millions who perished in the Holocaust.  If anyone in history deserved to be called a hater, it is Adolf Hitler.  He died by his own hand, leaving his nation and a continent in ruins.

Gorbachev and Hitler were men with enormous ambitions, one who had a vision for democracy and the other, a vision for a thousand-year empire.  They had big plans which changed the lives of millions, one for the better and one for the worse.

Jesus changed millions of lives too, but not because of His skill as a politician.  Instead of joining up with the Jewish authorities, Jesus infuriated them until they got Him arrested and executed.  Just before He was killed, He told Pontius Pilate, "My kingdom is not of this world."  Instead of delivering His people from Roman domination, Jesus got Himself killed on a cross.  His political career was a total failure.  He left some nice quotes, but no one expected Jesus Bar-Joseph to make the Top Ten list of People Who Changed the World.

So why do we remember Him as a big game-changer?
Posted by Tina Quinn Durham at 1:08 PM No comments: