More on "The Christmas Party from Hell" 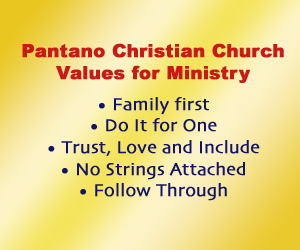 We were at my friend's Christmas party, where my husband and I had been asked to play Christmas carols.  My flute was in my hand, but where was my DH?

Carrying my flute, I checked the living room, kitchen, and bathroom, growing increasingly anxious.  My hubby was nowhere to be found.  Sensing that the guests were becoming restless, our resourceful musical host asked, "Would you like me to play piano for you instead?"

The jazz pianist noticed the music in my hand and gave me a dark and forbidding look. "You don't play by ear?"

Oh, what the heck.  I could play along with my favorite albums, if I turned the stereo up loud enough.  Also, how could anybody not know Christmas carols?  I'd been singing them since I was two years old.  "I guess I could try playing by ear," I said.

Before I can even get the flute to my lips, his fingers were flying over the keys.  He had started playing without even telling me what key he was in - and that key, whatever it was, had way more flats and sharps than the songs I knew from choir or my Christmas songbook.

I soon discovered that it's not easy to perform live with someone you don't know, in an unfamiliar key and in an unfamiliar style.  My brain shut down; I forgot everything I knew about music and music theory.  It was truly awful.

After the second song, the pianist leaned toward me and said very quietly, "There are two ladies with really lovely voices who want to sing next, and I think it would be better if they - and I - did these songs without you."

Cheeks burning, I nodded and smiled - pretending to be the perfect lady my mother had wanted me to be.  "Thanks for playing with me.  I'm glad we gave it a try."  Just take me out and shoot me, I am so glad we are done here, yes, I really am.  I fled to the empty kitchen, tears stinging my eyelids, to return my flute to its battered case and put my music back in the bag.

Behind me, a clear soprano and a warm alto floated effortlessly over rich, jazzy chords.  Those two sisters knew the songs, they knew their stuff, and they could do it all - harmonize, hit those flattened fifths, add a bit of scat.   They were really good.  I, clearly, was not.

However, my failures weren't the most important issue at the moment.  I still didn't know where my husband was.  He couldn't possibly have just abandoned me.  Something awful must have happened.  He was probably on the phone with the babysitter or already starting the car.  I had to find him right away.  I had to pull myself together.

All right, it was a bad performance, but it's not the end of the world.  Everything is going to be okay.  I squared my shoulders and walked back into the living room where the two beautiful sisters were singing their beautiful, beautiful songs.

As I stepped though the doorway, I saw my husband.  He was sitting on the stairs, hiding behind a palm tree in a large ceramic pot.  From the look on his face, I guessed - correctly - that he had been sitting there the entire time that I had been making a fool of myself.  That man is dead meat, I thought.