RIP Mom - A Light Has Gone from My World 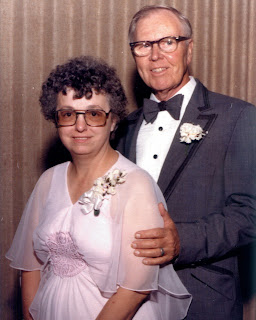 During WWII, Amelia worked at the Post Office and the War Office in Washington. DC.  Later, she was the office manager of a moving company and the information operator for the City of Tucson.

In addition to being a hard worker, Amelia was a devoted daughter, wife and mother whose family meant the world to her.  Her hobbies included crocheting, reading, and spending time with her grandchildren.  She was active in church and service organizations such as the Bladensburg Volunteer Fire Department's Women's Auxiliary, the Elks, the Eagles, and the Mesa Senior Center.

Amelia was preceded in death by her parents, John and Amelia Nahtigal, and her husband of over 50 years, Philip Patrick Quinn.  She is survived by her children Philip Quinn, Eleanor Hockaday, James Quinn, and Tina Durham; seven grandchildren; and one great-grandson.

The family wishes to extend our thanks to Dr. VanDivort, the staff of American Geriatric Enterprise, and Kindred Hacienda for their professional, compassionate and loving care during our mother's final illnesses.

A memorial service will be held at 4:30 PM on Monday, August 12, at Southlawn Mortuary in Tucson, AZ.  In lieu of flowers, donations may be made to the Alzheimer's Foundation of America.

Posted by Tina Quinn Durham at 9:04 AM No comments: